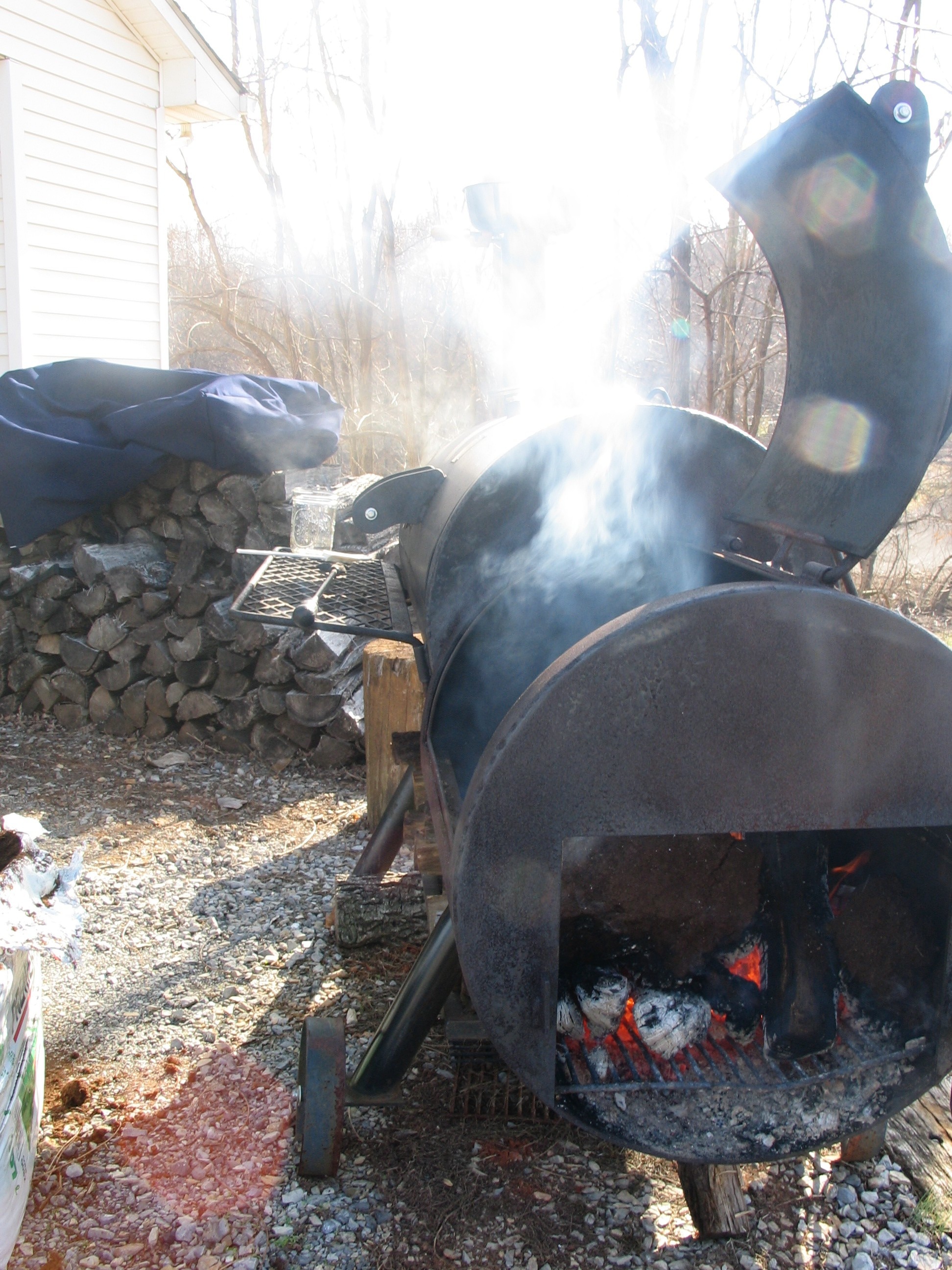 Why would you make liquid smoke?  Several reasons:  It is a great additive to meat cures as well as a general flavoring agent.  Also, if you are in to flavoring your own version of whisky, then liquid smoke can be just the item to turn clear spirits into something more and to get an aged flavor more quickly.

Here is how we did it.  You need a few things.  A place to build a fire that has a chimney (smoker or chiminea), something you want the smoke flavor from (wood from hickory, apple, peach or in this case peat moss), a bunt pan, a steel mixing bowl that has a smaller diameter than the bunt pan and ice.  You also need forgiveness from your spouse if you borrow any of these items from the kitchen as they will be permanently “flavored” by the process.

The first step is to get a good fire going in your smoker or chiminea with a clean hardwood (don’t use pine or another soft wood as they give off tar).

Once you have a good bed of coals, you can add the product that you want to extract the smoke essence out of.  In this case we added peat moss from a bag purchased at the local lawn and garden supply store.

When you have a large amount of smoke rolling out of your smoker or chiminea, you are ready to put on the bunt pan, mixing bowl and ice.  The bunt pan has a hole in the center that allows smoke to travel up and through it, from there it hits the surface of the mixing bowl that is placed upside down on top of the bunt pan.  The mixing bowl is cold due to the ice set on top of the bowl.  See the image for a look at the crazy arrangement.

Liquid in the smoke condenses on the inner surface of the mixing bowl and runs down into the bunt pan.  It can take a few hours to get the results you want and build up enough liquid smoke to bottle.